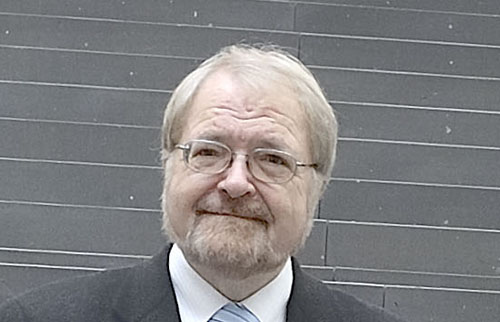 The conviction of Miroslav Miskovic would be the violation of the guarantee that no one can be convicted for the act which is not stated in the law. The only proper step would be to revoke the proceedings conducted against him, thinks German Professor of Law Berndt Schünemann in his expert opinion regarding this case.

You can read the summary of his opinion HERE and if you want to read the full version of the expert opinion, click on THIS link.

When asked whether the indictment against Miroslav Miskovic on grounds of abuse of duty violates the principles of the rule of law, Dr. Schünemann replies:
“Article 359 of the Serbian Criminal Code as well as the replacement of Article 234 of the Serbian Criminal Code represents the violation of the principle of certainty and the principle of socially harmful conduct. There is an obvious conflict with the European rule of law and guarantees of the European Court for Human Rights. The conviction of Miroslav Miskovic would be the violation of the guarantee nulla poena sine lege (no one can be convicted for an act which is not stated in the law”.
Furthermore, Professor Schünemann thinks that the “authentic interpretation of Article 229 of the Serbian Criminal Code given by the Parliament of Serbia is not binding for the court chamber.
“According to the European rule of law and the European Convention, there is no doubt that it would be the violation of the principle of non-retroactivity.
Dr Schünemann also expressed his clear opinion about the decision to join the criminal proceedings:
“The decision on the joinder of the criminal proceedings deprived Miroslav Miskovic of the judges who were assigned in line with the law while at the same time violating the guarantee of a fair trial. The consequence is that the (new) court chamber presided by Judge Ilic is not a “legitimately established court” pursuant to Article 6, Paragraph 1 of the European Convention.“
This Professor of many famous universities worldwide thinks that the intervention of the authorities in the proceedings violated the principle of a fair trial by an independent court:
“Statements of the Minister of Justice and current Prime Minister (formerly the First President of the Government) violated the presumption of innocence and the guarantee of an independent court (Article 6, Paragraphs 1 and 2 of the European Convention). The only correction which is appropriate and sufficient to correct this violation of the rights guaranteed by the Convention at the national level is to immediately revoke the court proceedings conducted by Judge Ilic’s court chamber against Miroslav Miskovic.“

Tags: trial of the century 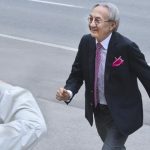 ← Older Story Miskovic: I want this to be over as soon as possible
Newer story → Prosecutor altered the indictment