At yesterday’s trial session against “Delta” owner Miroslav Miskovic and others, the Chamber of the Special Court in Belgrade interrogated Tatjana Ilic Evtimov, an economist from Commercial Bank. She testified about the part of the Indictment charging Miskovic with abuse by a responsible person because he allegedly charged the interest rate in the amount of 217.000 euros more that it should have been for the loan his company “Hemslade” approved to PZP “Nis” in 2005.

In February 2013 this witness was ordered by the police to calculate the interest for the purposes of these proceedings. The charges were raised against Miskovic on the basis of that calculation. The defense counsel has already pointed out that Commercial Bank did not properly calculate the interest on “Hemslade” loan of 23 million euros.

“The interest rate was three percent plus Euribor. I only had the request of the Ministry of Interior to calculate it but I didn’t have the loan agreement”, said Tatjana Ilic Evtimov. She added that initially she had not understood why she had to testify and therefore she had not reviewed the documentation made two and a half years ago, not knowing that it was about Miskovic’s loan.

The defense lawyers tried repeatedly to get her answer to their question whether her appraisal would have been different if she had had the loan agreement with the maturity dates and whether the documents used in the calculation process were relevant to the validity of the calculation. Judge Maja Ilic did not allow those questions. Then there was a series of questions by the defense lawyers trying to find out how the calculation had been calculated for the period between maturity to its actual payment, i.e. which Euribor had been applied.

According to the witness, she applied the annual Euribor for the entire period of the loan repayment and not only for 365 days as the stipulated period between two installments, although that notion was variable. Her testimony additionally heated the atmosphere in these proceedings.

“This is the document which sent me to prison. I ask for a new calculation of the interest because nothing is correct in the request of the Ministry of Interior”, said Miskovic in an upset voice. 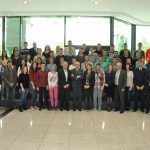