He was born in 1945 and spent his childhood in his native village Bošnjane, near Kruševac. 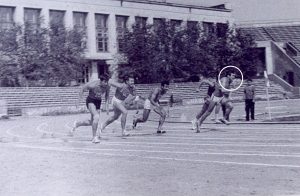 He was an active sportsman and junior Serbian representative in sprint disciplines.

Miroslav graduated from the Faculty of Economics in Kragujevac, Finance Department.

His career has begun at Jugobanka branch office in Kruševac where he was the youngest Head of Foreign-exchange Department. His career continued in Župa Chemical Industry, where he became Managing Director. He managed to position Župa among the most successful Yugoslav enterprises, and his outstanding business results were acknowledged in 1989, when he received the AVNOJ Award, the highest recognition in former SFR Yugoslavia.

For almost 6 months, he was Deputy Prime Minister in Serbian Government in charge of privatization. He left this position voluntarily for reasons of his disagreement with economic policy of Slobodan Milošević.

He founded Delta Holding in 1991 and has been at its head to this day. The company operates the most successfully in Serbia, the region, the European Union, Russia, etc. in the areas of agriculture and food production, distribution and logistics, hotel industry, retail, and real estate. With more than 2 billion of realized investments, it is the largest single investor in the economy of the Republic of Serbia and among the largest ones in the economies of the region.

Delta Holding is the synonym for success and business management according to the highest standards. It is well-known for its productive and long-term partnerships with leading global brands that we have brought to this markets such are: BMW, Honda, InterContinental Hotels Group, Pioneer (Dupont), Ferrero, Diageo, Bayer and many others.

He made Delta Holding the largest company in Serbia which was confirmed by total revenue realized in 2009, when the company had 25.000 employees and accounted for around 10% of gross domestic product of Serbia.

According to the list of the richest people in the world for 2007, published by the Forbs magazine, MM is on the 691st place. He is the first person from Serbia ever to be ranked on the Forbes list.

Miroslav Mišković is also the founder of Delta Foundation which has invested 35 million euros in socially responsible projects for the last 10 years. The Foundation built two endowments that were donated to the community, namely Day Care Centre for Children and Youth with Disabilities in Belgrade in 2012 and Centre for Sports and Rehabilitation of Persons with Disabilities in Kragujevac in 2016.

Miroslav is married, he has two children and three grandchildren.