Year of Innovations in Delta Holding

In 2016 Delta Holding achieved the total revenues of 49.47 billion dinars, while EBITDA is 4.4 billion dinars. The largest share in the revenues is made by Delta Agrar (54%) and Delta DMD (29%). The company paid 10.16 billion dinars to the budget of the Republic of Serbia.

In all Delta members 2017 will be the year of innovations. 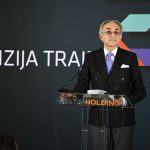 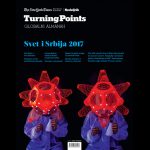