Miroslav Miskovic’s book “I, the tycoon” is a valuable entrepreneurial perception of macroeconomic turbulence and development restrictions in the Serbian economy. It is a well known fact that entrepreneurs and successful businessmen are full of initiative and outstanding work performance. Therefore, it will hardly come as a surprise to anyone when it is said that they will jump into various endeavours, unusual business opportunities and actions that most observers do not expect from them. However, it is rare for business people to embark on writing books, and it is particularly rarely that the book they write is of relevance to any serious profession and is thought to be a contribution to key knowledge about the main issues of the given profession. Actually, it was Miroslav Miskovic who surprised the local public with such kind of book.

Let’s first of all point out the assessment that this surprise is, above all, positive and welcome, and then the belief that it will come as a pleasant surprise to both the wider but also to the narrower professional community. Mišković wrote a book that is in harmony with the prevailing schools of thinking in contemporary development theory and in a wider understanding of economic thought, which, from the perspective that is far from everyday, gives new insights into economic reality. It confirms numerous theoretical considerations and enriches the existing knowledge about determinants of economic twists, limitations of development processes and macroeconomic hazards that will have to be taken into account in the future. 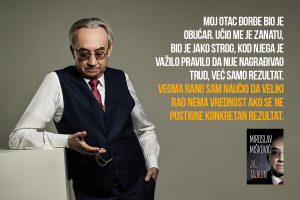 The below text, inter alia, presents a number of propositions stating great value of this book owing to its topicality as well as its practical and scientific grounds. These are the attitudes and findings that, at least according to this author, give a high professional significance and undoubted intellectual touch to this book. Some critical remarks will be presented further in this text, a temptation that a professor’s vanity is rarely able to resist. However, it should be immediately emphasized that the number, scope and gravity of remarks are far below positive and affirmative, which needs to be said about this unexpected and intellectually unexpectedly generous book.

Entire registry of correct, scientifically verified insights, as well as logically well-founded analysis that would strongly and affirmatively resound in highly professional discourse is neither necessary nor possible here. A broader list would include over forty items, for which it was determined to some surprise, that they perfectly correspond to the relevant scientific considerations. Only a limited sample of these findings and insights will be delineated here, but despite their limited number, they will in fact confirm the scientific concept of this book interesting on many levels. This is an obvious but objective and easily verifiable compliment for a book, but – as paradoxically as it sounded – a very favourable finding for the very science itself. Miskovic is, in fact, a man from entrepreneurial circles and of active business practice, and when his findings and statements established in a context based on experience and life are matched with important and supportive scientific results, then they stand as a confirmation of relevance of science itself and a reliable sign that science is on good track in a number of its important results. The business world and the world of science are two separate macrocosms, so when noticeable and suggestive harmonisations on so many levels are established between them based on their communication, then it is a valuable confirmation of both the scientific postulates and the practice in life in which they are embedded.

The most evident and cognitively most useful main idea that runs though the entire book like a red thread is insisting on knowledge and its systematic growth as the basic assumption and unavoidable condition of success in business operations. For many of his business results – and he is known to have achieved many of them – Mišković convincingly demonstrates in his book that the previous study of relevant environment and the circumstances under which a project should be carried out and implemented was the alpha and omega of successful project execution and its efficient functioning. It is also noteworthy that apart from the example of the crucial impact of knowledge on the success and sustainable profitability of projects, he also presented counterexamples. He does not hesitate to mention cases of hasty, improvised rushing into some projects that turned out to be unpleasant business failures. Thus, the role of knowledge in ensuring the efficiency of investment and subsequent profitable exploitation of newly built facilities is pointed out from two aspects: he showed that knowledge greatly increases the prospects for success, but also how the neglect of knowledge leads to business failures. Miskovic systematically emphasizes constant learning as an essential part of business, as a part of everyday life in the business world and life. In addition, he also presented a broader view of our economic reality, and explained with good argumentation that many failures and unsuccessful business stories were also based on ignorance and lack of readiness to accumulate knowledge into economic life as an important part of its successful development.

Insisting on knowledge, and on economically and commercially relevant knowledge in particular, the author has found himself in an unexpectedly strong and rich communication with dominant streams in the theory of economic development and in the dynamic economy in general. If up until the early fifties of the previous century, the accumulation of capital was treated as a fundamental and crucial determinant of economic development, then the middle of that century can be taken as an approximate period of great reversal and orientation to the expansion of knowledge as a fundamental factor of development processes. Let us just recall the pioneering research of R. Solow (1959) who decomposed the rate of economic growth into contributions in increase in production factors and contribution in increase in the efficiency of their use – and this contribution actually involves the impact of knowledge. It is thus established that some 70% of the growth dynamics accounts for increasing knowledge and expanding its incorporation into a wide range of productive uses, while just under a third of the traditional sources of growth are defined by the expansion of the productive factors themselves. In our country, a similar research was first performed by the one and only Branko Horvat (1968, 2001, p 88-108) who drew similar conclusions regarding the then Yugoslav economy. It is clear that these are two different paradigmatic approaches (one is an abstract mathematical model with refined econometric techniques of evaluation of relevant parameters, while the other is a synthesis of experiences from the business life itself) however, it is almost amazing that findings and conclusions from these two distant sources of knowledge are so effectively harmonized and combined allowing a new, integrated view of major truths of economy and life.

Regardless of possible but not very numerous disagreements, as well as remarks that are also challengeable, Miskovic’s book represents a significant public event. It is significant not only to the broad public to which it is primarily intended, but also to the professional public. A lot can be learned from this book.

Demystification of the tycoon stigma

Among those who will have much valuable and professionally verified things to learn from this book are those usually taken as elite, or academic community. Miskovic’s book should be read with an open mind and without prejudice. Only in this way will it be possible to absorb its important messages. The very title of this book was effectively selected as it implies a man who did not succumb under pressure and threats. Indeed, it is high time that the tycoon stigma be rationally considered and demystified in order to defiantly expose the book title. This title, as well as this book in its entirety, represents a glove defensively thrown down in the face of our philistine community and its mind-set. We, the members of academic circles, should feel awkward for not doing it ourselves, as fervently as the justified Mišković’s protest is. As for those who would take to reading this book seriously, Mišković has shown that a true entrepreneur can build a business empire in a legitimate way, that entrepreneurship is a wide field of valuable human creation and that the true success in business, as a result of a large entrepreneurial take-off, represents socially beneficial and an eminently patriotic act. Considerations on entrepreneurship and business will certainly not be the same after this book. 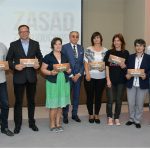 Newer story → Professor Ljubomir Madžar (2): The rule of law as the basis of economic success