Partnership with Delhaize Group – A Step towards the European Union 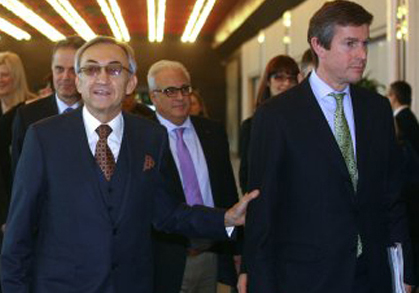 By signing the agreement between Delta Holding and Delhaize Serbia has made a huge step towards the European Union – not only Serbia, but also all the countries in the region where Delta Maxi operates.

Strategic connection of Delta and Delhaize will bring benefit to all stakeholders.

I am using this occasion to remind you that Delhaize is not the first large investor coming to Serbia thanks to cooperation with Delta. We have already made important partnerships with the companies such as Banca Intesa and Generali, which are among the largest foreign investors that have entered the Serbian market so far. They have not only come to the market but are already achieving exceptional results as well. Today they are joined by Delhaize and we believe that this company will be equally successful in Serbia and the region.

Regardless of the future ownership structure of the company, Delta will be the strategic partner of Delhaize in the future and take care of the development of that company both in Serbia and the region.

In the end, I would like to wish Mr. Beckers and Delhaize Company successful business operations in Serbia and the region and to tell them that they can always count on the support of Delta Holding in the development of their business.