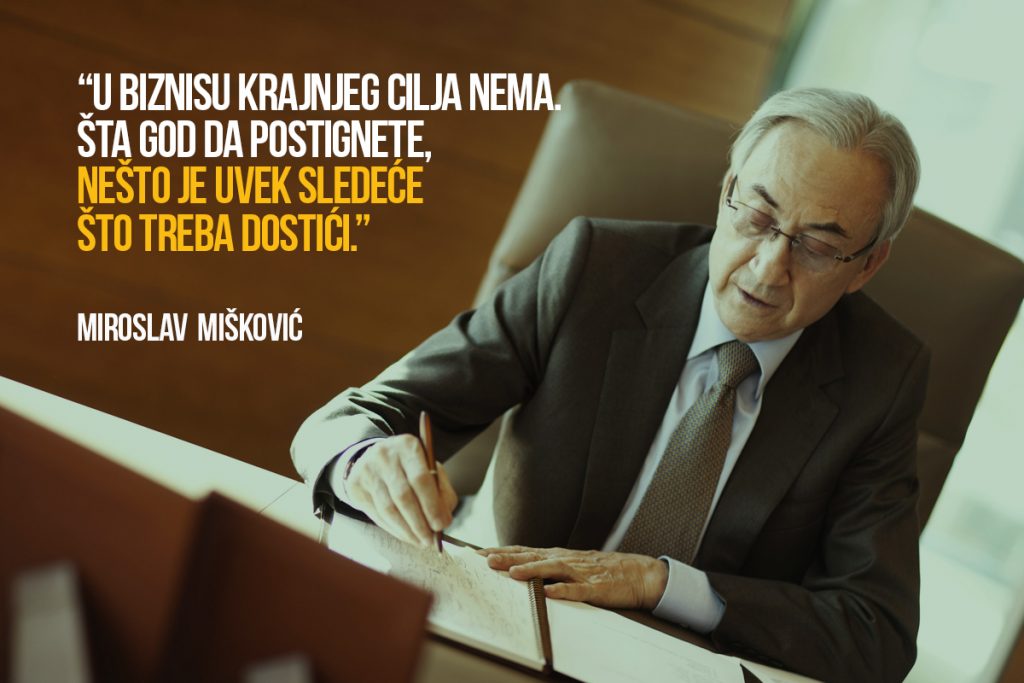 Economic development and standard of every country is affected by numerous factors, but two of them are the most important: natural resources of that country and professionalism and quality of its labour force.

As for the first factor, reality is substantially different from what we learnt at school. When it comes to natural resources, Serbia is among poor countries.

The situation is similar when it comes to the second factor too: Serbia cannot boast with sufficiently qualified and professional human resources.

The only chance for the progress of this country is to develop human resources and to turn Serbia into a large classroom.

I must remind you of the situation in Serbia at the end of 1980s. It was the time when we have certain economic successes and when we were closes to Europe by the progress level of human resources. That was the time when the airplanes to London and Paris were full of businessmen who were going to negotiate business. Today our airplanes are full of students who are leaving the country to get education abroad where, unfortunately, most of them will stay in the end.

It is crucial for economy if the right people are in the management positions. Serbian politicians have made two grave mistakes in the past 20 years. During Slobodan Milošević’s reign in 1989/90, due to political disagreements with the authorities, hundreds of managers were removed from their positions. Sadly, after the democratic changes of 5th October 2000 even a more drastic purge of managers occurred in Serbia.

It is difficult to make new managers all the time in Serbia and it is impossible for each government to have its own businessmen. Political hirelings cannot be made in line with the preferences of each regime because they have no rating. For international rating there must be continuity; high-quality people must prevail, like in Slovenia, which replaced the communist regime but kept the reputable personnel in economy.

In order to bring large foreign investors we also need to change the behaviour of our employees. Our people have lived in self-management for a long time, which has resulted in labour strikes and road blockades on a daily basis. Foreign investors will not come to the country where there are strikes every two or three days. I will give you the example of Honda, which built its most modern factory near London – the labour force there is the most expensive, but at the same time the best disciplined.

By following the model of world companies, Delta takes great care of the human resources policy because we think that it is the basic pre-condition for achieving success. That is why, apart from sending our employees to trainings in large foreign companies, we have also formed an Academy in Delta which will educate people for the future needs of Delta. There I would like to mention particularly the unique school of Delta Insurance.

Delta has important obligations and tasks in the forthcoming period. In the future, apart from the above-mentioned education, Delta will bring people from Europe who will help us to achieve our future goals: leadership in the region and the entrance of our Company to London Stock Exchange.

Many people ask about the ultimate goal of Delta!

There is no ultimate goal in business.

Whatever you achieve, there is always something else to be achieved.

(Miroslav Mišković at the 15th anniversary of Delta Holding, in February 2006)

“There is no ultimate goal in business.
Whatever you achieve, there is always something else to be achieved.” 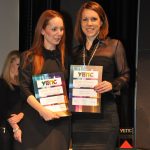 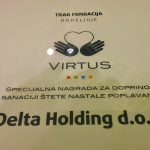