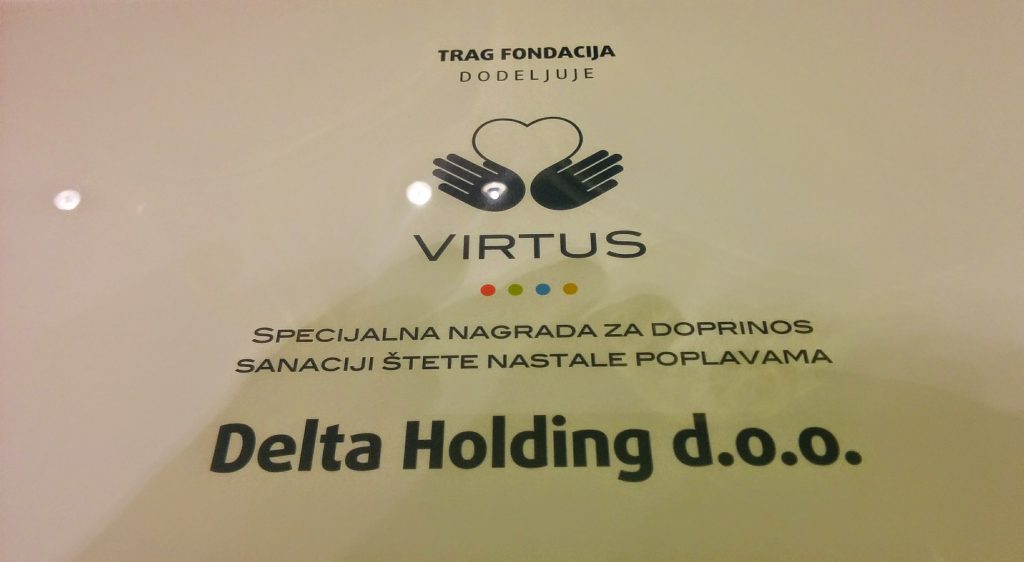 Company Delta Holding has been granted “Virtus” Award this year again for its contribution to the social community development. This year Delta has been granted Special Award for its aid in recovering from damage caused by May floods.

The award was granted to Aleksandra Kresovic, Executive Director of Delta Foundation, at a grand ceremony in “Metropol” Hotel on Saturday, 28th March.

After the floods which hit our country last May, Delta Holding kept sending donations in water, food, toiletries, clothes and footwear. “Agriculture Recovery” action was initiated with the aim of donating 190 tons of fodder for 7 hardest-hit municipalities in Serbia. The company also renovated 53 houses, including entire Save Kovacevica Street in Obrenovac.

The overall aid to the flood-stricken sent by Delta Foundation on behalf of Delta business system has reached the amount of 861.365 euros.

Traditional “Virtus” awards have been granted for eight consecutive years by Trag Foundation in partnership with the European Union and the Balkan Trust for Democracy. The aim of the award is to highlight publicly the companies which through their material and financial support serve as the best example to others and establish standards which the world of responsible business should strive for. 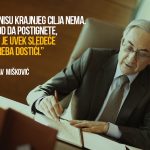 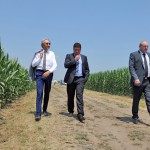