The Court of Appeal in Belgrade has made final decision to acquit Miroslav Miskovic of the charges for fraudulent activities in the road maintenance companies. The judgement at first-instance which found him guilty of aiding in tax evasion was abolished and remanded to the first-instance court for a retrial due to serious legal defects.

The full text of the ruling made by the Court of Appeal is as follows:

According to the judgement of the Higher Court in Belgrade, Special Department for Organized Crime, K. Po1 152/2015 of 20 June 2016, defendant Miroslav Miskovic was sentenced to five years in prison and a fine of 8.000.000,00 dinars for committing the criminal offense of aiding and abetting in tax evasion pursuant to Article 229, Paragraph 3 of the Criminal Code. He was acquitted of the charges that, as a co-perpetrator, he had committed the criminal offense of office abuse by a responsible person pursuant to Article 234, Paragraph 3 of the Criminal Code. The aggrieved parties in the proceedings were referred to a lawsuit in order to exercise their property and legal claims.

Defendant Miroslav Miskovic was found guilty because in the period between 22 September to 7 October 2008 in Belgrade, as the person with the greatest influence on management, business dealing and decision-making in the companies owned by Marko Miskovic, he had advised that “Mera Investment Fund B.V.” subscribe previously acquired shares in PZP “Nis” as a non-cash contribution of the founder into “Mera Invest” and that “Mera Invest” sell them to the company “Nibens Corporation”. In that way he aided Marko Miskovic, the owner of legal entity “Parmidoli investment corp.” from Panama, which is the owner of legal entity “Mera Investment Fund B.V.” from the Netherlands Antilles and therefore of Business Company “Mera Invest”, in its intention to completely avoid paying taxes and, by hiding the facts relevant for establishing such obligations in case of mandatory tax return and thereby avoid withholding tax on the capital gain of “Mera Investment  Fund B.V.” in the amount exceeding 7.500.000,00 dinars.

According to the Indictment of the Prosecutor for Organized Crime, defendant Miroslav Miskovic was also charged that in the period between 2005 and 2010, in Belgrade and Nis, together with Milo Djuraskovic and Marko Miskovic (in respect of whom criminal procedure was completed with the interlocutory judgement) as responsible persons in legal entities “Sheer korporacija”, “Nibens korporacija”, Road Maintenance Company “Nis”, “Hemslade Trading Limited”, “Mera Investment  Fund B.V.” and other related legal entities, by abusing their positions and authorities arising from their ownership and invested funds of the above-listed legal entities, in line with the previous agreement, they planned, coordinated and directed their activities by managing and supervising those entities and their property, thus acquiring unlawful gain in the total value of over 200.000.000,00 dinars. Namely, Miroslav Miskovic, in his capacity of the owner, controlling member and director of “Hemslade Trading Limited”, “Hitomi Financial Limited” and “Delta M”, and Milo Djuraskovic in his capacity of the owner, controlling member and director of “Sheer korporacija” and „Nibens korporacija”, and Marko Miskovic in his capacity of the owner and controlling member of “Parmidoli Investment Corp” , “Mera Investment Fund B., “Mera Invest” and “Mercuren Group”, simultaneously acting together as major shareholders in PZP “Nis” and PZP “Belgrade”, and through them in other road maintenance companies within “Nibens Group”, with the rights, obligations and restrictions of major shareholders according to the Law on Companies, creating the impression that those were legitimate legal transactions between affiliate legal entities, carried out unlawful capital increase and siphoned off funds and assets from the road maintenance companies with the aim of acquiring unlawful material gain for themselves as well as for business companies in their ownership, operating under their control, and at the same time causing losses to the road maintenance companies undergoing privatization, as well as to the banks and other creditors. In this they were aided by the following persons: Milutin Gasevic and Zoran Mihailovic in the capacity of responsible persons – directors of PZP “Nis”, Dejan Jevtic in the capacity of a responsible person/procurator of “Nibens korporacija”, Risto Ristic in the status of a responsible person/director of “Sheer korporacija”, Raso Zdravko as the certified auditor, and Predrag Filipovic in the capacity of the director of broker-dealer company “Delta broker” (in respect of whom criminal procedure was completed with the interlocutory judgement of the first instance).

Prosecutor for Organized Crime, defendant and his defence counsels.

After the session held on 6 September 2017, the Court of Appeal in Belgrade reached a unanimous decision Kž1 Po1 2/17 confirming the first-instance judgement in the part acquitting defendant Miroslav Miskovic of charges that as a co-perpetrator he had committed the criminal offense of office abuse pursuant to Article 234, Paragraph 3 of the Criminal Code, while the first-instance judgement was revoked and the case was remanded for retrial in the part sentencing Miroslav Miskovic for committing the criminal offense of tax evasion in assistance pursuant to Article 229, Paragraph 3 of the Criminal Code.

According to the findings of the Court of Appeal, in the acquitting part, the first-instance court correctly concludes that in this specific case there is no evidence that the defendant had committed the criminal offense of office abuse by a responsible person and the first-instance court gives clear and indubitable reasons for such a conclusion, which are fully accepted by the Court of Appeal, and which are the consequence of comprehensive analyses of presented evidence, both separately and in their interconnectedness.

In the convicting part, according to the findings of the Court of Appeal, the first-instance judgement contains grave violation of the provisions of the criminal proceedings since the justification of the judgement does not list reasons about crucial facts while the listed reasons are substantially unclear and contradictory.

In this specific case, the defendant was found guilty of having committed the criminal offence of tax evasion in aiding, and it was stated that the act of commission referred to his giving advice to the defendant Marko Miskovic, the owner of the legal entity, thereby aiding him in his intention of completely evade paying taxes, and hide facts which were relevant for establishing such obligations in compulsory tax return, thus evading withholding tax of “Mera Investment Fund B.V.”. However, the first-instance court failed to provide clear and indubitable reasons about what advice was given by defendant Miroslav Miskovic to Marko Miskovic to aid the latter in committing the criminal offence having in mind that the defendant’s defence counsel, as well as the counsels of other defendants whose proceedings were separated claiming that company “Mera Investment” was incorporated and registered in the Republic of Serbia fully in compliance with all applicable regulations of the Republic of Serbia, and that the acquisition of the shares by “Mera Investment Fund B. V.” from the Netherlands Antilles and their subsequent contribution as capital increase in “Mera Investment” was registered with all state bodies and entered as a change in the Business Registers Agency in the Republic of Serbia.

Furthermore, the Court of Appeal also finds that the first-instance court violated the law in the convicting part of the judgement, since the convicting decision was based on the authentic interpretation of the Corporate Income Tax Law and the Law on Tax Procedure and Tax Administration, as well as on the Notice of the Ministry of Finance and Economy of the Republic of Serbia. Namely, it is derived from the case files that the first-instance court addressed to the National Assembly and the Ministry of Finance and Economy of the Republic of Serbia in writing, asking for direct answers to contentious legal questions arising in these criminal proceedings. As the first-instance court states in the justification of its first-instance judgement, and after plenty of presented evidence proposed both by the defence counsel and the Prosecutor’s Office for Organized Crime, and after the interrogation of a large number of witnesses, expert advisers, experts witnesses and legal opinions of many expert advisers in the field of tax policy, it was concluded that the court does not have an answer to two contentious legal issues: whether in this specific case there was capital gain and whether there was an obligation of reporting the calculation and paying the withholding tax on capital gain and for whose benefit. According to the Court of Appeal, such acting of the first-instance court is first of all contrary to the Law on Criminal Procedure which stipulates that if the application of the criminal code depends on the legal issue whose resolving is within the jurisdiction of the court in different type of proceedings, or some other state body, the court which acts in the criminal case may resolve that question on its own, in line with the provisions about proving in the criminal proceedings, so that the resolution to this legal issue has an effect only in the criminal proceedings within which the question was discussed. Namely, if during the ongoing criminal proceedings there is a contentious legal issue on which the application of the criminal code depends, the court acting in the criminal proceedings may resolve that issue on its own. Moreover, filling legal gaps is done by regular courts in the proceedings where they appear. The court is obliged to compensate for the deficiencies of the legal norm in that manner. Therefore, acting in this manner the court violated Article 6 of the European Convention for the Protection of Human Rights and Fundamental Freedoms, which guarantees the right to a fair trial since the Convention was signed by our country and its provisions are applied as integral part of positive law. Moreover, there was a violation of Article 4 of the Constitution of the Republic of Serbia which establishes the principle of power division and guarantees autonomy of the judicial power in relation to the legislative and executive powers. That is why in this specific case there is not only a legal deficiency (regarding the entity being authorized to ask for interpretation) but also an essential violation of the law since the court asks the body from another branch of power to interpret a legal provision on which the final decision in the ongoing court proceedings depends. 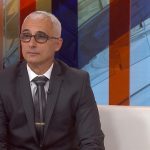 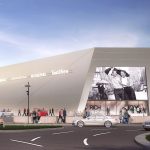