Court of Appeal adopted the appeal of Miskovic’s defence 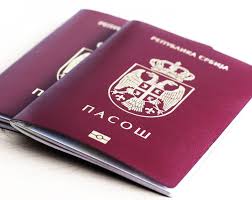 Court of Appeal in Belgrade, on 20th May 2016, President of the Chamber judge Zoran Savic, and Chamber membersjudges Vucko Mircic and Milena Rasic, made a decision to adopt the appeal of Miroslav Miskovic’s defence lawyer Zdenko Tomanovic, and to revoke and return the case to the first-instance court for reconsideration.

The appeal referred to the latest decision issued by HigherCourt in Belgrade (judge Maja Ilic) to extend the to extend the prohibition to leave the place of residence for another 3 months with temporary seizure of the travel document, dated 5th May 2016.

In their explanation, Court of Appeal stated that first-instance court did not give reasons clear enough to extend the prohibition to leave the place of residence for another 3 months with temporary seizure of the travel document, nor reasons clear enough to keep all three measures on (prohibition to leave place of residence, seizure of passport and bail), having in mind that the bail is the most strict measure (it is a substitute for bail).

First of all, first-instance court quoted the Indictment and said that having in mind the amount of damages to the PZPs, it is reasonable to have all three measures on. On the other hand, although it isn’t final yet, the same court made a verdict that no one of the accused is guilty of those charges. It must have been taken into consideration.

First-instance court didn’t take into consideration also that Miroslav Miskovic responded to every court summon, that he was present for every trial session, that he was abroad two times during this proceedings and returned according to the court order- therefore, it is unclear how come there is the same level of risk of flight or hiding.

Court of Appeal stated that every state intervention in individual’s human rights must be justified and on minimum level. They quoted ECHR standard when it is justified- it is legal, it is in public interest and it is proportional between public interest and individual human rights. Court of Appeal reminded that there is an obligation for the court not to apply harder measures if the purpose can be achieved with less strict measures. 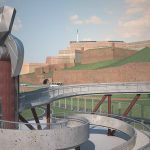